Meet us at the Edge of the Edge

Meet us at the Edge of the Edge

In an interview about his book All Those Barbarians, I heard Dr Martin Shaw say that a story like this "troubles our soul into communication."

Last winter our community walked a similarly troublesome story: the Handless Maiden. That one starts out in a shockingly gruesome way - a father chopping off his daughter's hands. Walking the story, everyone, and I do mean everyone, vehemently did not want to cut off the hands of the maiden... but when each of us could sit with the absolute truth that at some time or another in our lives we had ALREADY lost our hands, the chop opened the tears that carried us into new terrain. Vital, necessary, troubling.

So, full disclosure, in this story a sorceress pulls the heroine's face clear off. Oh that beautiful face. And I'm looking at my recent selfie here and wondering - what truth will be revealed when the default smile is tugged away? I'm willing to reach into the mud and find out, are you? 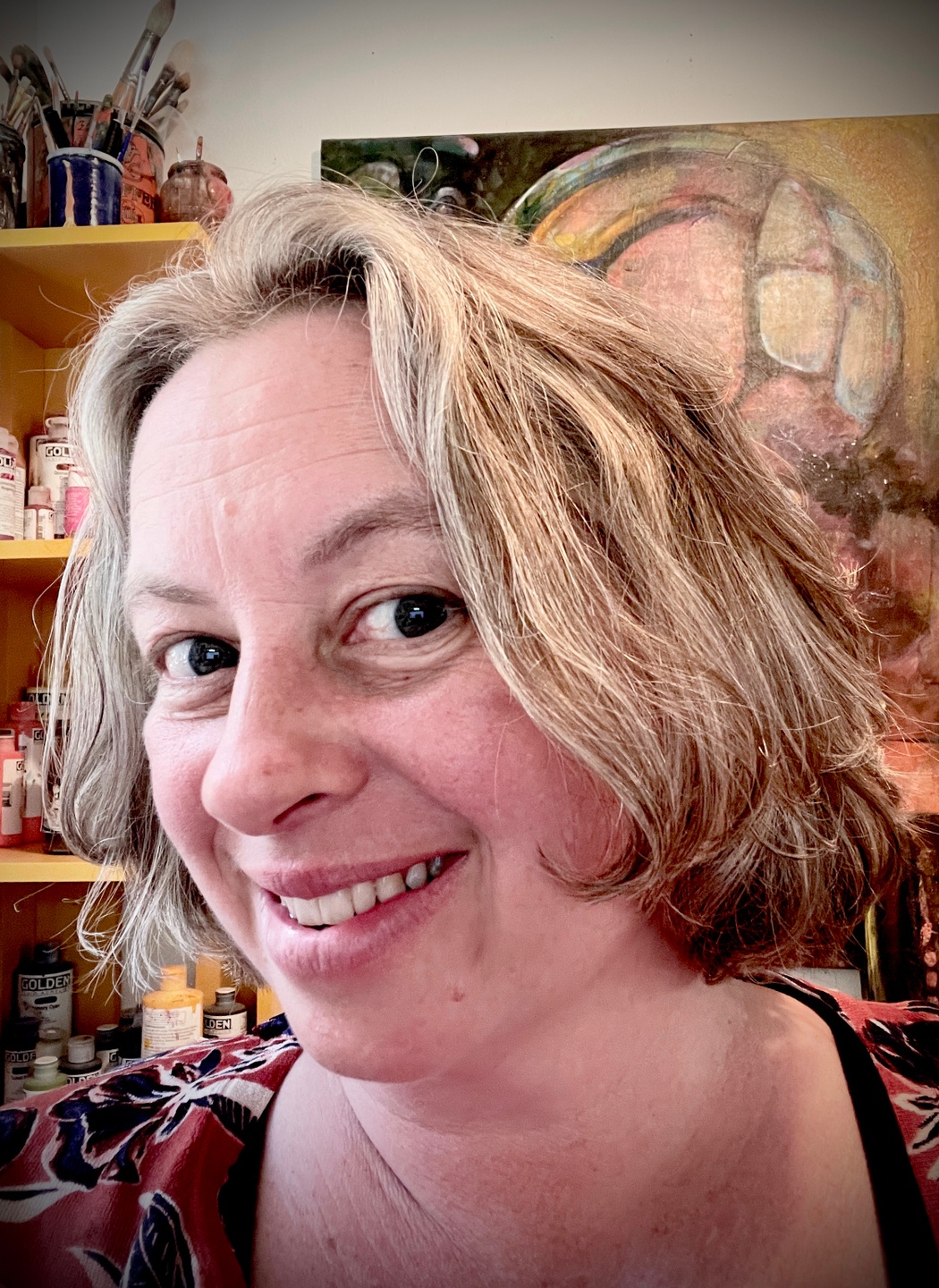 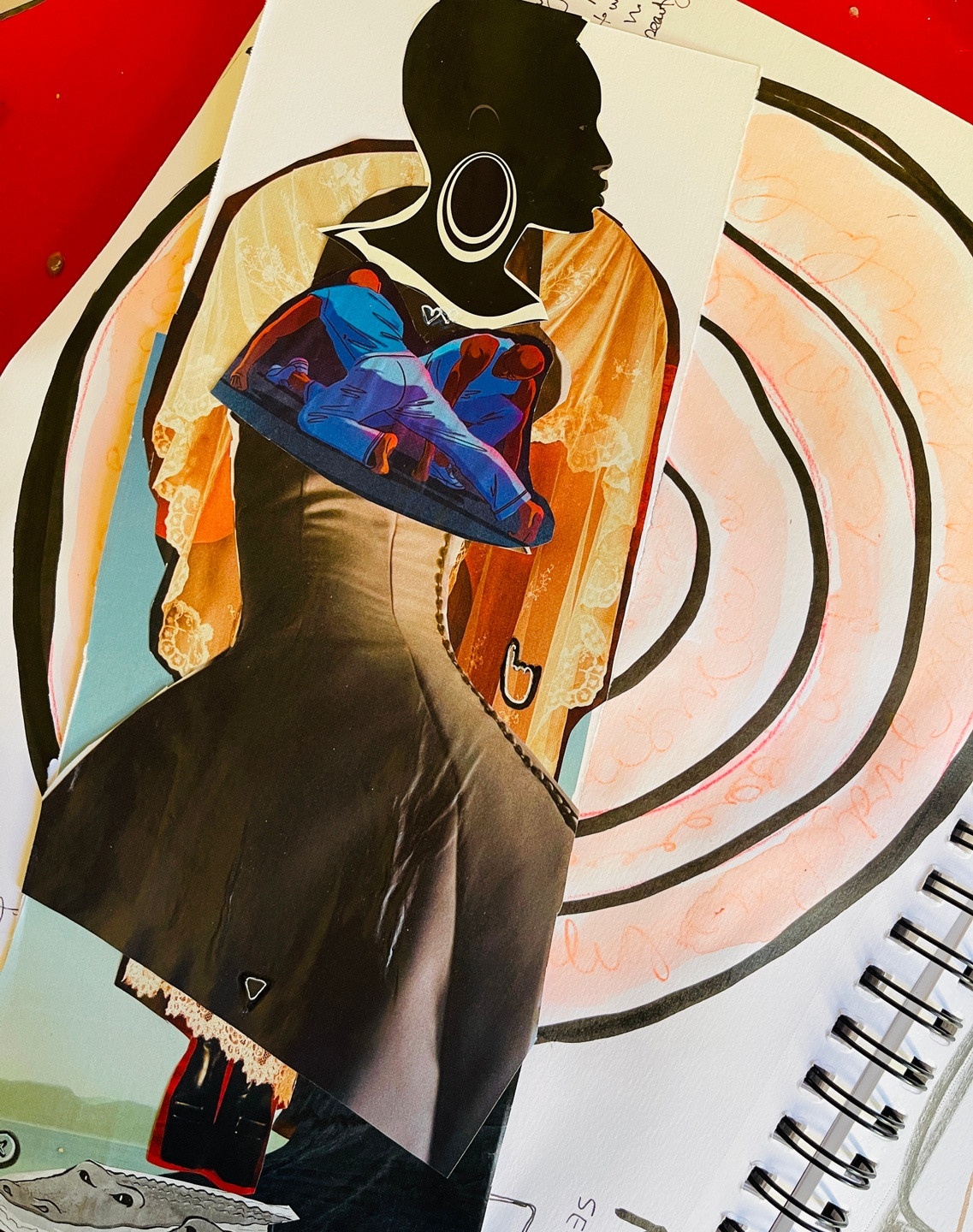 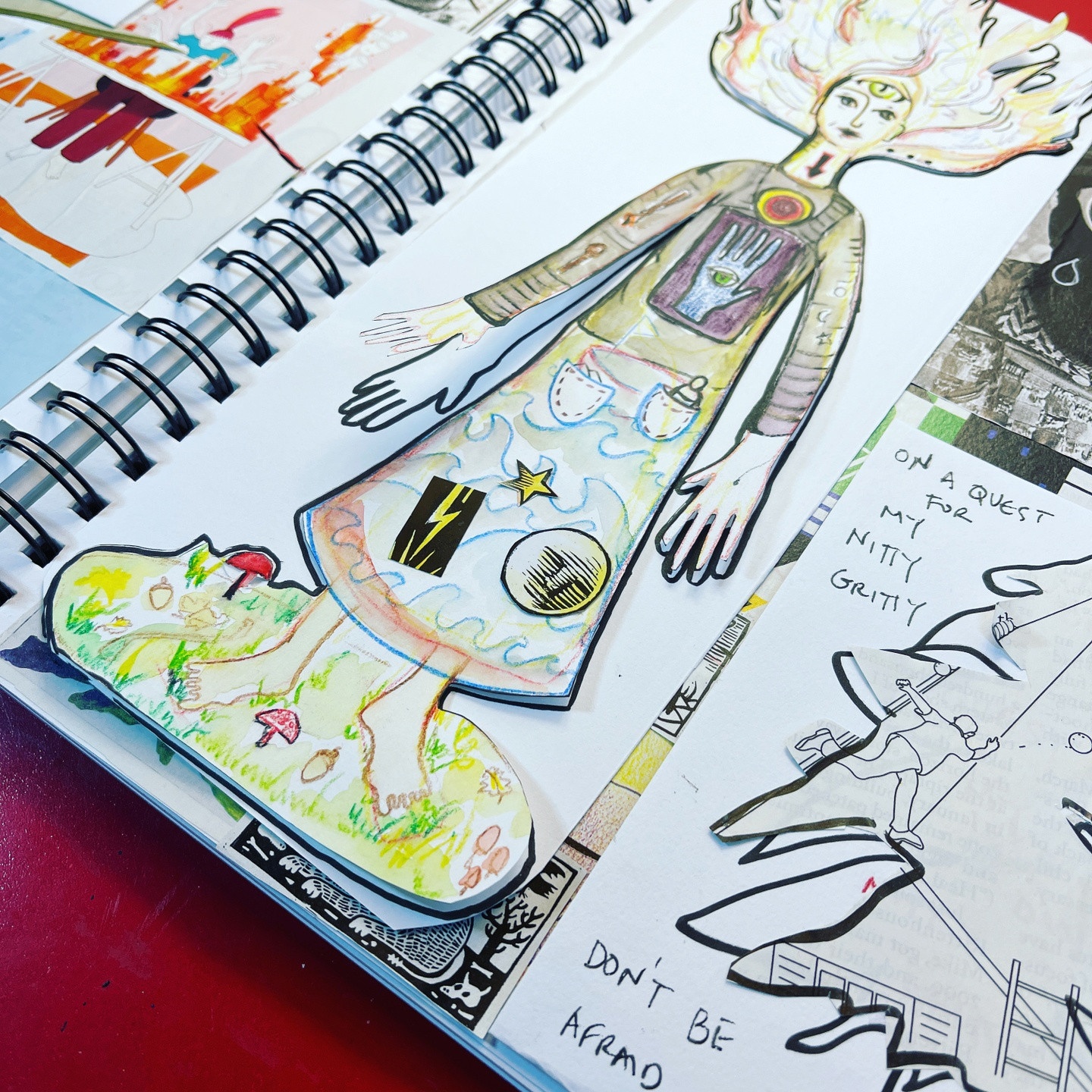 These are the times to rip off masks and speak truth that can be threaded like red beads.

When we begin a Story Walking course like the Red Bead Woman, instead of casually flipping through the pages, pausing only to dissect it with our intellect, we allow the potent metaphors and inquiries to refract and reverberate through all the aspects of our everyday ordinary life.

We become the longing of the old woman woven from mare's tail plant. We stand at the darkened crossroads after the terrible choice to check our traps instead of escorting our soul. We look around and find ourselves in the crowd applauding a spewing of frogs instead of a fountain of red beads. Indeed, we find ourselves reflected in all the the very very human  stumblings and gently learn and forgive our own past and present mistakes. 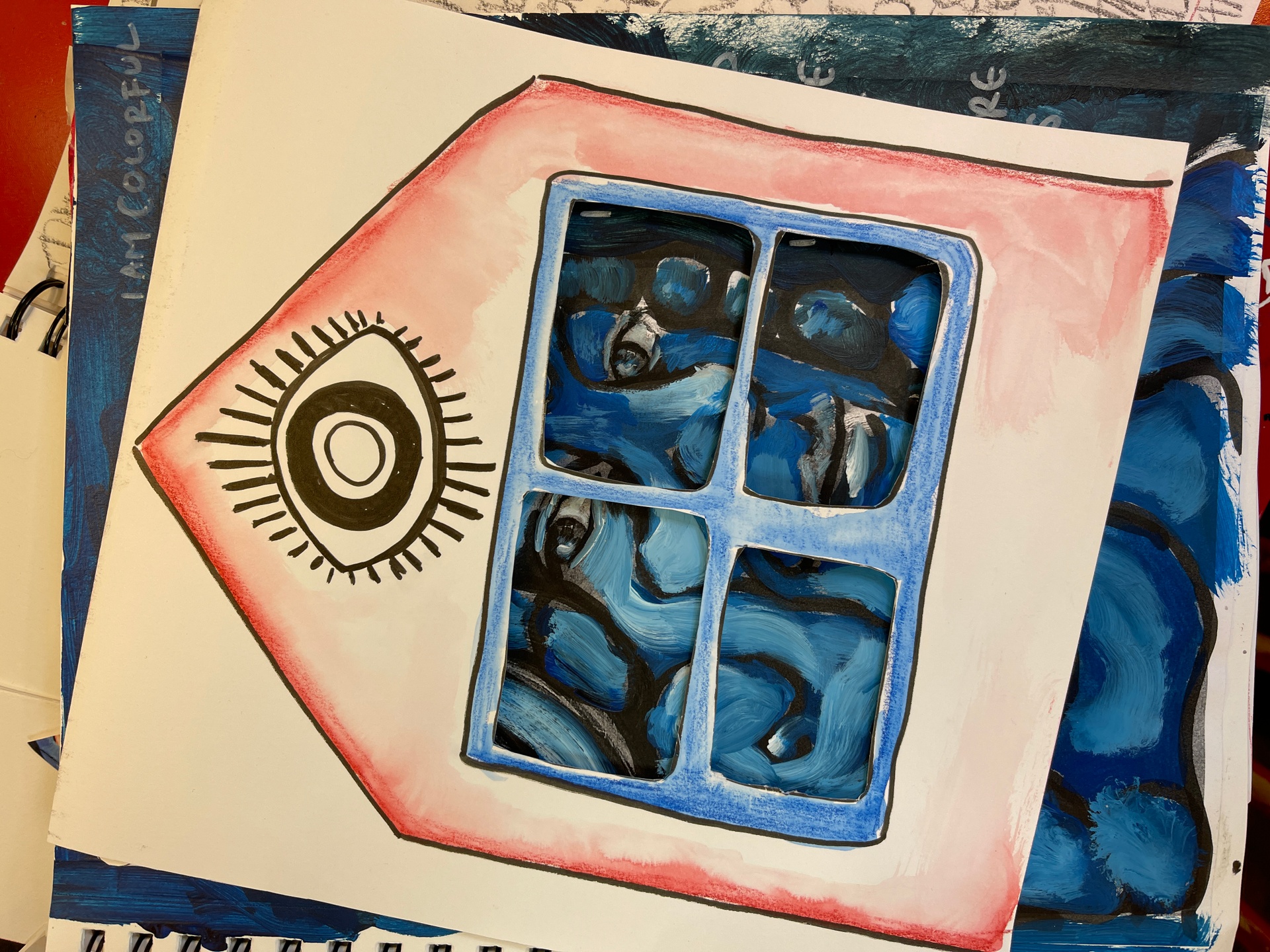 Registering for the Red Bead Woman Story Walking journey gives you and a guest of your choice permanent access to this course as it unfolds and forever afterward.

When you register for this tale you are encouraged to join the fold of our dynamic and supportive Story Walking community. We love our regular seasoned story walkers and find that those who do step onto the path choose to walk again and again!

You can bring a friend from the "real world" so you can share the journey. Or you can lean into the online supportive community.  What cross pollination will arise as we traverse this potent terrain? I can't wait to find out!

The course will be created as we go with a short video prompt delivered to your email every day. (We'll be taking a one week pause at US Thanksgiving and a two week pause at the end of the year so the full duration of the course is 16 weeks.)

Instructions are peppy & personal and include experimenting with collage, painting, doodling, writing. All the videos are as short as a good song so you get inspired and go right to your journal! Storywalking is doable in an hour or two a week and is perfect for all skill levels. Keep up with the playful prompts or go along at your own pace.

This style of art journaling can open the voice of the intuition in an effortless manner - bringing spontaneous epiphanies and surprising momentum. Sometimes it points to subtle shifts of perception. Sometimes it points our future into a whole new direction. Your task is simply to show up with pen, scissors, glue... and take your place in the circle. The story will take care of the rest.

Step into the StoryWalker Sisterhood 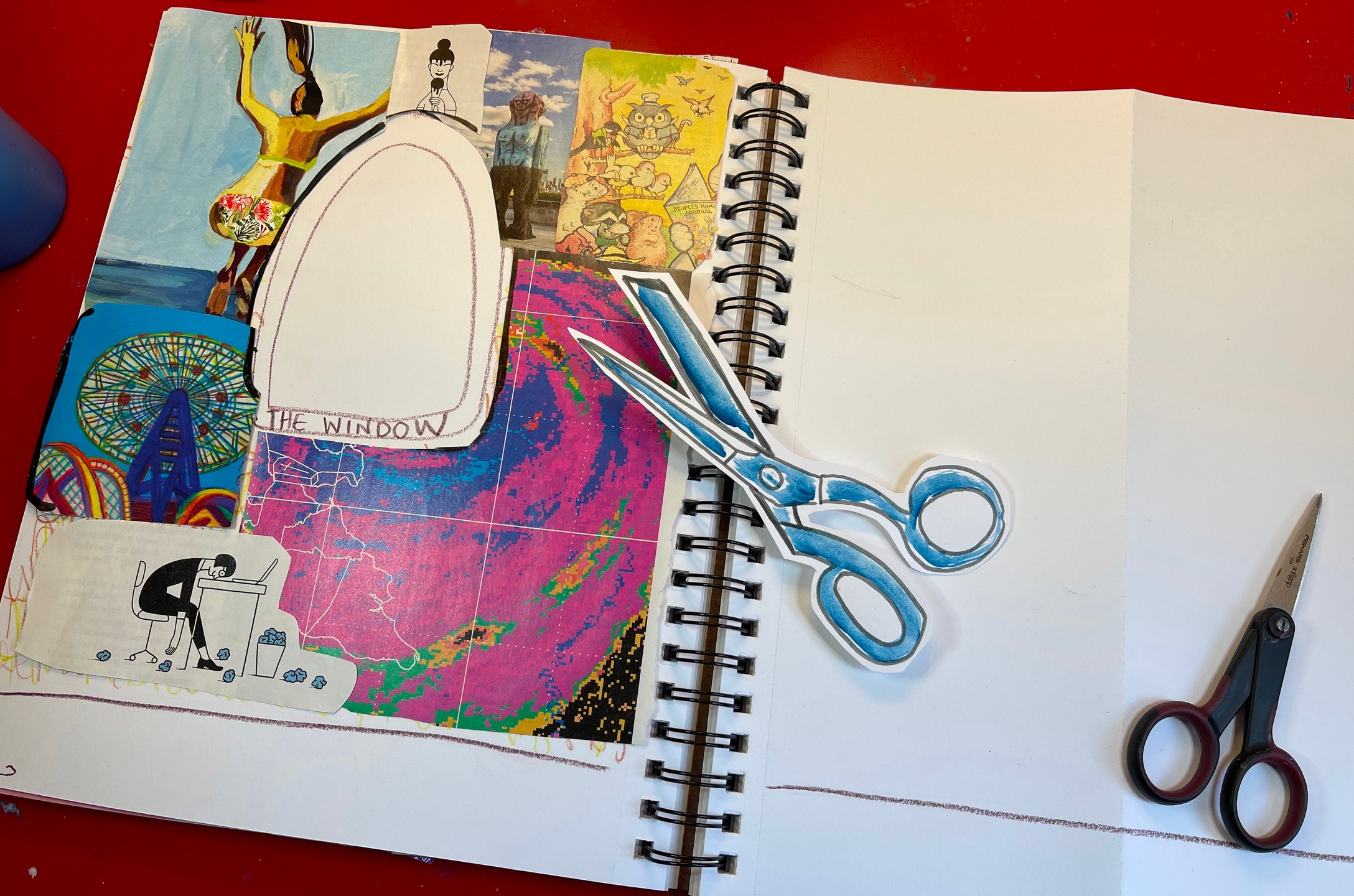 Perhaps you don't know the Tale of the Red Bead Woman? Click here to read it

WANT MORE OF A PEEK AT WHAT WE MIGHT BE GETTING INTO?

The true magic of these courses is experienced moving prompt by prompt in a deepening conversation with yourself. But if you've never taken a course with me and would like to see...here are peeks at prompts from past Story Walking Courses. Princess and the Pea, For the Love of Salt and The Ugly Duckling...

Every story has a different feeling but they are all deep, fun and surprising.
Join us for Red Bed Woman

Do I need to be an experienced artist?

All my art techniques are actually tricks to make you forget that you are doing something as high fallutin as making art so you just start listening.  Collage requires more glue than skill. Haiku requires that you can count to seven. Step onto the story path and I guarantee that - like every other student that has taken these journeys - you're going to be blown away by what you created. And even more important you're going to be blown away by the truths that the images represent.

How much time do I need to commit?

This course will be a powerful journey over 13 weeks - but not a particularly time consuming one! Each prompt takes between 5-15 minutes, so you could dedicate an hour or so a week and complete the journey as it unfolds. Or of course, with permanent access, you can take it at your own pace...

Note that we'll be taking three  weeks off for the holidays so the actual course duration will be 16 weeks.

What supplies do I need?

I try to keep my supply list limited and the same for all my art journal courses.  Parentheses include the specific product I used. Of course, substitute what you have on hand if it's not in your budget to buy these!

I listed the specific art materials on: dickblick.com

I also recommend either Red Bead Woman or All Those Barbarians by Martin Shaw as the source text for this tale!

What's the deal with the Guest Pass?

Pandemic life means that everyone got used to leaning into online community. The women who gather for Story Walking are amazing and I trust that before you know it that you'll consider them long lost friends.

When you register you'll get a link to send to a friend. They sign up (for free) and both of you get all the course access - emails and prompts and community plus permanently access to the prompts in your library.

If you don't have someone in you life that likes weird awesome things like journaling about fairytales then you can offer your guest pass up to the community. I do a drawing before the course starts and offer the spots to anyone who would love to come but can't afford it right now. 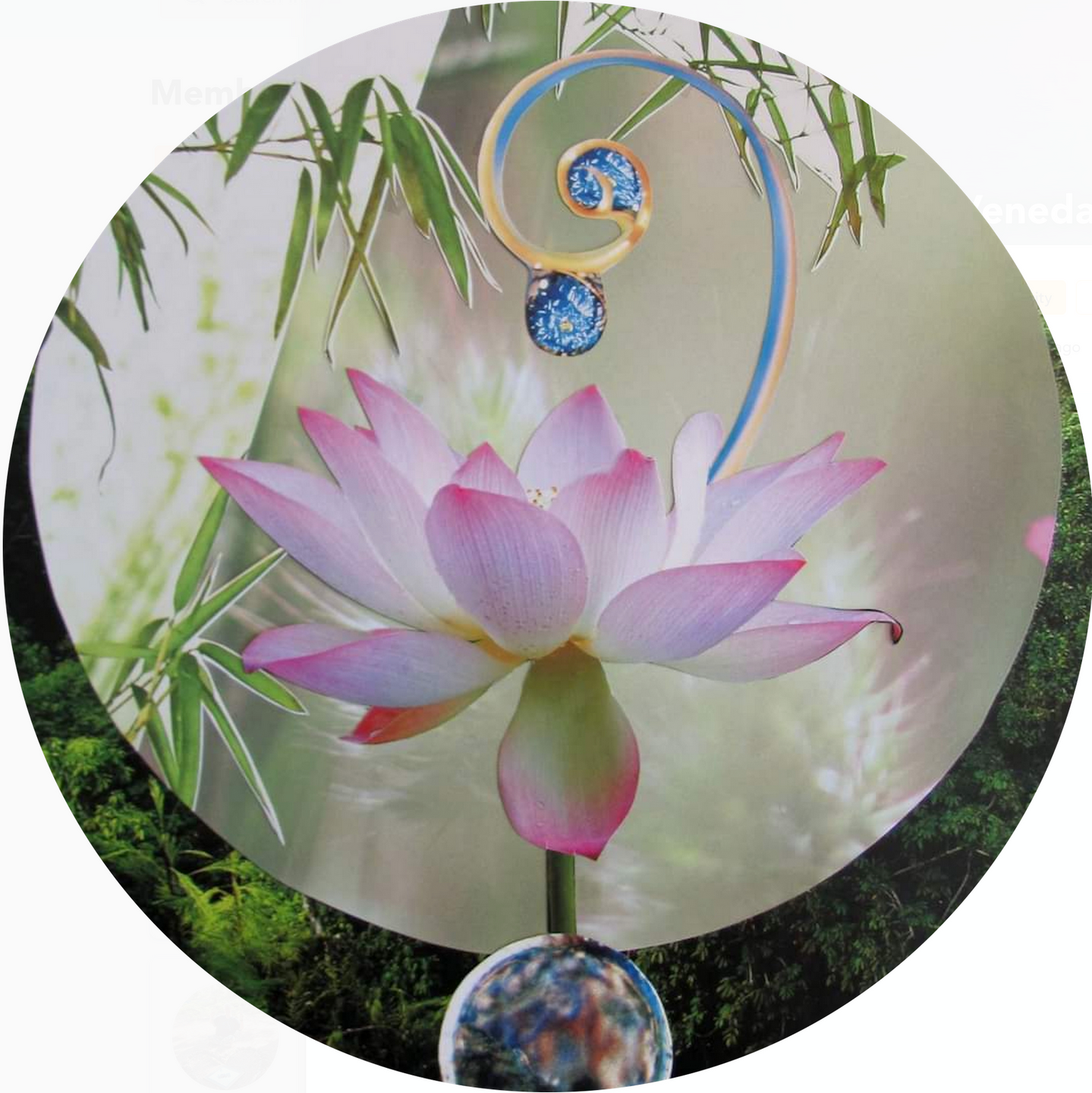 "I am in awe of the  journey I have just completed. I felt profoundly and tenderly held in the container of this Storywalk which facilitated breakthrough realizations and much-needed life change for me. The video questions and prompts lovingly pierced through my old stories and opened awareness to my own beautiful, authentic, life-affirming truth. And Jena's support and feedback in the community forum was very insightful, catalyzing, honoring and championing of my process. I highly recommend her work!" 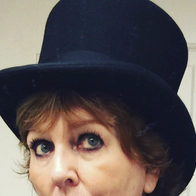 "Jena, I'm incredibly grateful to have found you and this immensely healing Storywalk work. Thank you with all my heart. I have had such shifts, so many gifts, and so much healing.  I'm so glad I jumped into the posting and sharing with the other wonderful women traveling on this path with me. This is grace beyond measure. I am in awe of your creations, and of your ability to hold such space for all of us. Your strength in being able to hold me has kept me going during the most painful emotional times. What is brought up is always what's needed to be healed. And it has moved mountains for me." 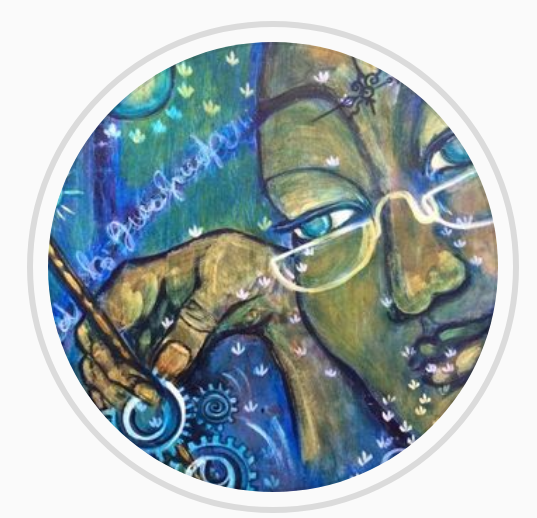 "Jenafer Joy’s Approach is by far the lightest and the deepest method I have experienced. She leads gently but firmly, engaging even my grumpiest parts in the game. A rare gift! Solo divers are welcome and secure a safe space of private witnessing with her gentle, witty guidance. But she also maintains group energy incredibly well, strengthening synergies and supporting each one of us as if we were truly unique to her and in the world. I have been relying on Jenafer for my own balance for quite some time now, and she keeps surprising me, with her creativity, with her amazing cultural, spiritual & psychological information, and also with her true generosity of spirit." 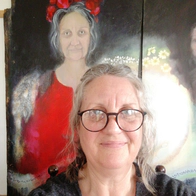 "I have walked five years of Jenafer Joy's Storywalks, following the ancient bones of folktales and myths through short daily prompts. The process allows the shadows and depths of the unconscious to bubble up to consciousness in the form of surprising and trickster like messages. Jena guides us through the bog by the light of the moon and onto safe ground. Her deceptively simple steps allow for everyone's personal creative expansion and illumination. I always find diamonds from which to create further!" 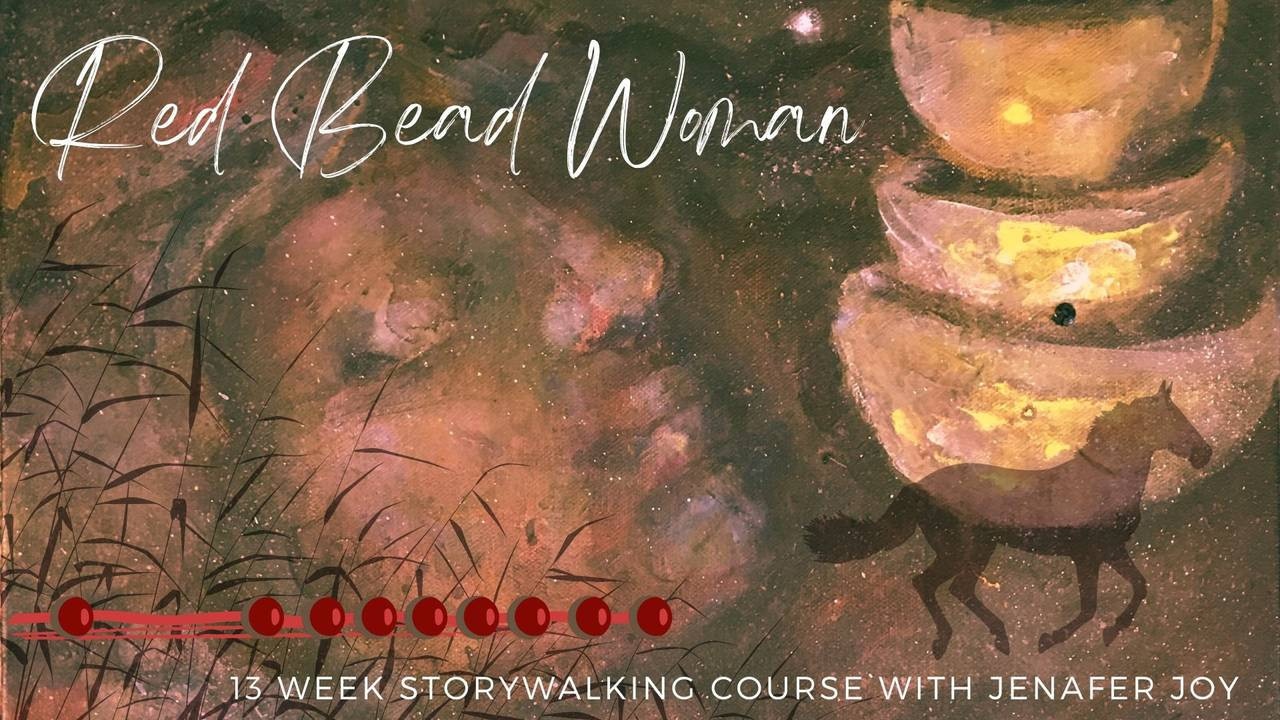 All Inspired Inquiries courses have a 100% money back guarantee.
If you don't love it, I'll refund your payment.
No questions asked. 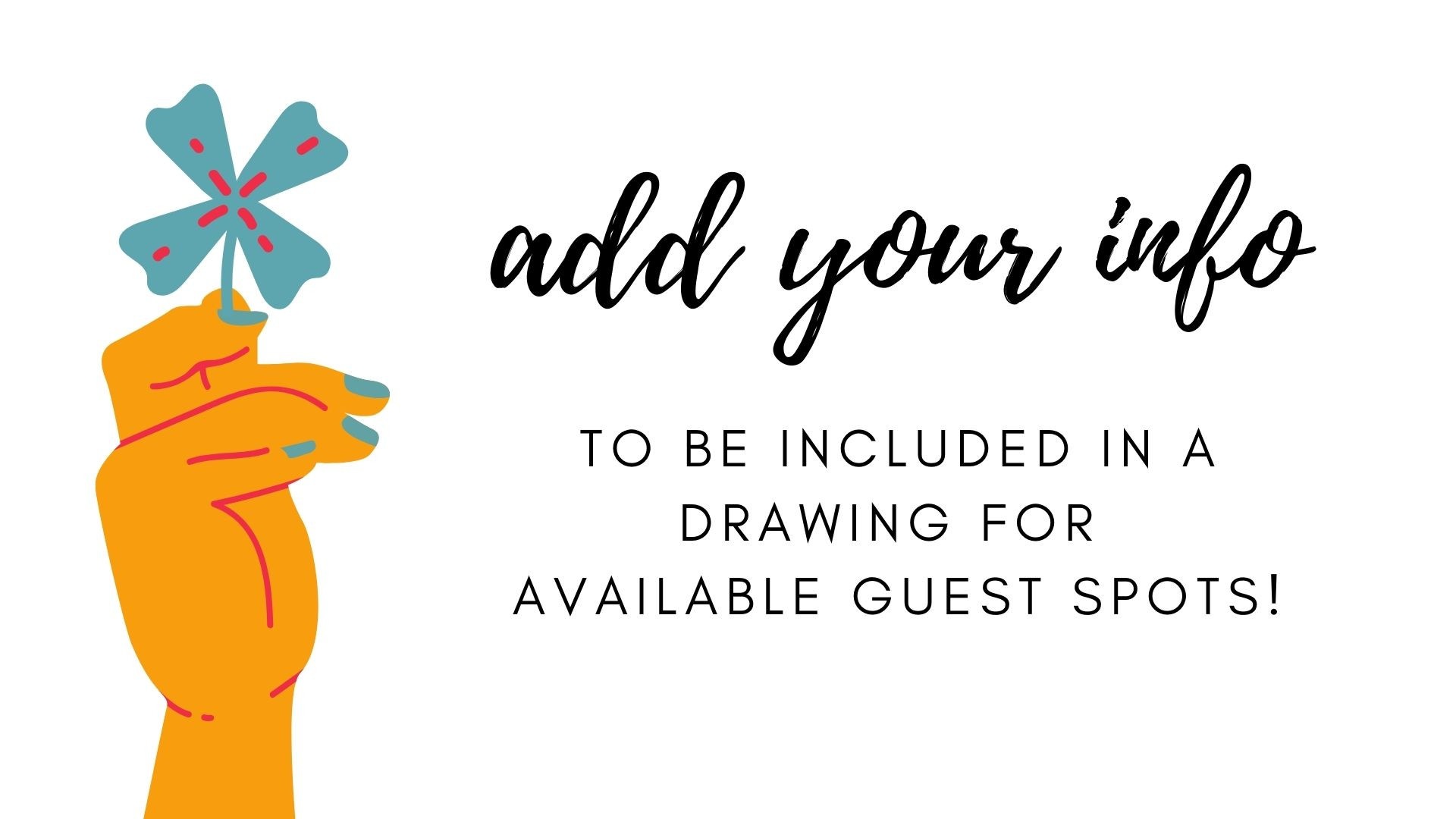 Drawing will be held Friday 🤞